Posted on May 17, 2018 by New College Lanarkshire: Film & Television 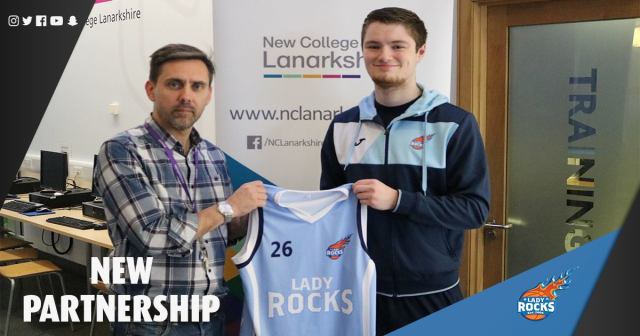 The Film & TV department have entered into a partnership with Lady Rocks, Glasgow’s female section of basketball team, Glasgow Rocks. The team caters for girls aged 10 through to Senior women, and play in the Scottish Basketball Championship.

From September 2018, we will be filming senior home games on a Friday evening at the facility based at St Maurice’s High school. HNC and HND Television students will be on hand to gain valuable experience in filming and streaming live events and running a multi-camera set up.

“The opportunity to film match days for Lady Rocks was too good to pass up. After meeting with Josh Anderson, Club Development Officer, we quickly established that there were areas that our students could develop further such as creating training videos, putting together highlights packages for social media and interviewing coaches, players and fans alike. There is also the prospect of live streaming match days which is an area that we were looking to expand into and it is a service which will enable us to film and stream major college events such as the student graduation”