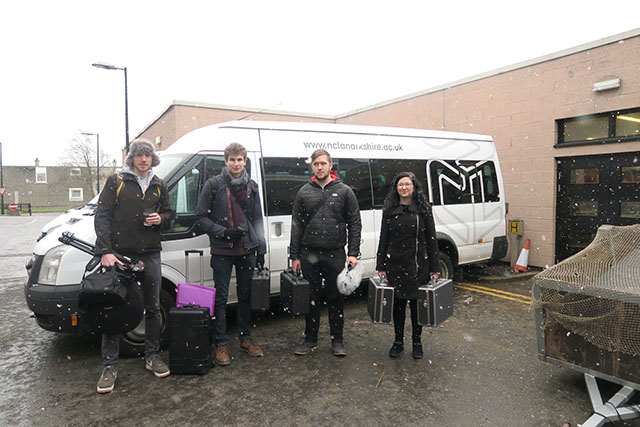 This week the Film & TV department welcomed 4 students from Galway Technical Institute on a 3 week study visit. This follows on from the highly successful exchange from last year. The students were given their timetable and introduced to the classes they will be sitting in on. They were also given an overview of the projects they’ll be working on over the next few weeks which includes a bit of location work across the central belt.

Carrying on from some of the really valuable work the Film & TV students have carried out previously with charity and third-sector organisations, a group of students including two from the Galway exchange filmed over in Falkirk this week as part of an initiative to raise awareness of a project called “Baby Steps”. The organisation provides training and work for seven adults with additional support needs. 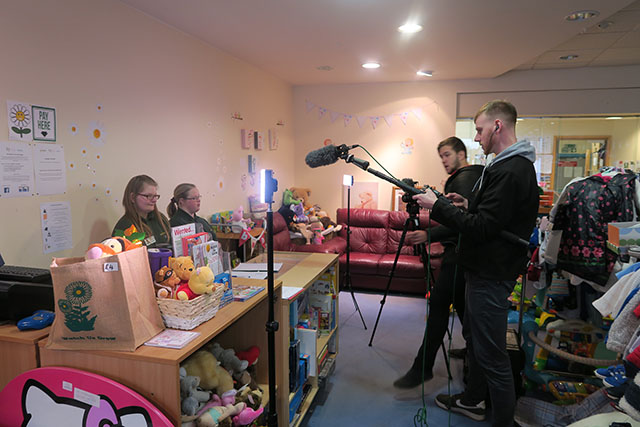 Fionn and Albert recording an interview in the Baby Steps shop.

The brief they were given was to interview Claire (Development worker) and two of the supported staff (Marianne and Rachael) and get an insight into how the organisation operates and what sort of activities take place within the shop. The students were also asked to shoot a wide range of pick up/coverage for the purposes of the edit. The content will be used on the organisation’s website and social media channels. 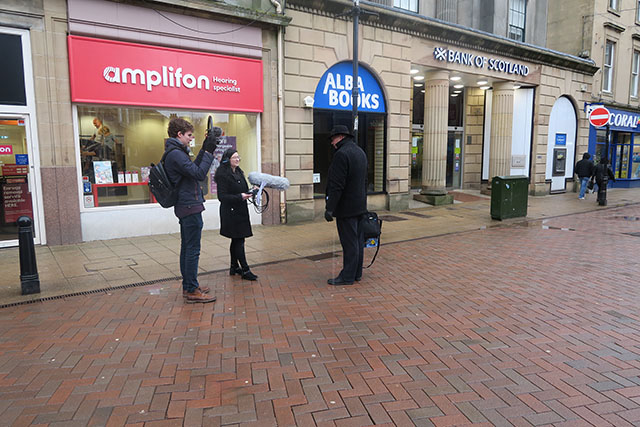 Barra and Stephanie record some Vox Pops in Falkirk.

We’ve worked closely with charities and third sector organisations in the past and we are always looking for opportunities to film the Non-profit sector. This sector traditionally struggles to fund promotional materials of this sort,  and in undertaking projects like this both the students and the organisations benefit. We’ve worked with some major clients in the past including making a short documentary on the Simon Community in North Lanarkshire with our HNC Television students a couple of years back.

It’s also important to stress that the Film & TV department make a point of not accepting commercial work as this could potentially have a detrimental impact on sole traders and freelancers who are operating in moving image sector. Some of whom are our ex-students.”