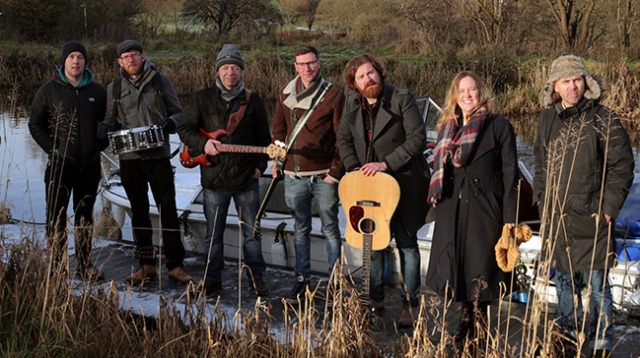 HND student, Albert Lucas, joined Film & TV lecturer, Alan Moffat, on set for the shoot of a music video at the weekend. HND alumni, Chris Shieritz, was also on hand to lend his expertise for a sequence of arial drone shots.

James Edwyn and the Borrowed Band were making a promo for their forthcoming single, ‘Quoting Sagan’, at Auchinstarry Marina near Kilsyth. The single comes from their second album, ‘High Fences’. 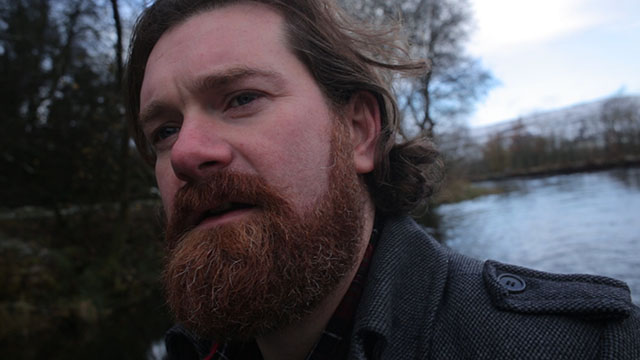 “Albert worked extremely hard on the day and  conducted himself in a professional manner throughout. I asked him to shoot a range of B-roll. He followed direction well and by using a high degree of initiative, came back with some beautiful footage.

The shoot itself demonstrated the need to properly plan location filming. Working from a tight shooting script and shot list, we were able to get all the footage needed before wrapping late afternoon.” 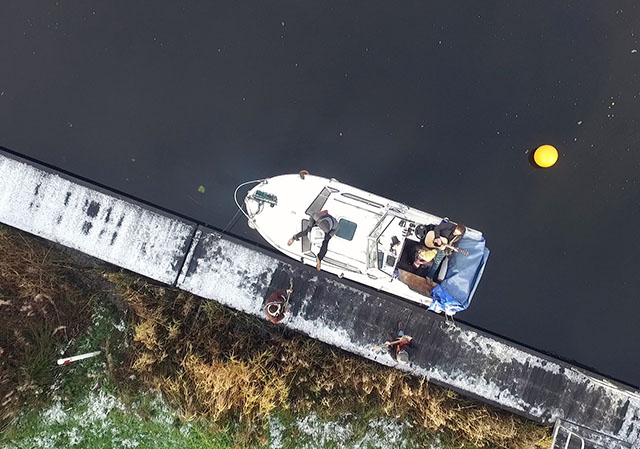 “The band were brilliant and took the sub-zero temperatures in their stride. Chris arrived and set up his equipment really quickly. He captured some pretty dramatic footage on the day which will help elevate the video to heights Carl Sagan would have been proud of!!!”