Storyboarding “A Fever In The Blood” 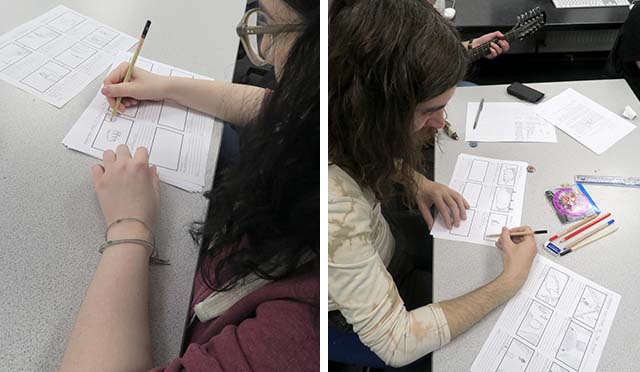 Storyboarding for  “A Fever In The Blood”

HND Film & Television students were hard at work today developing shot lists and storyboards for their upcoming short film project “A Fever In The Blood”, a short film adapted from a Cohen brother’s screenplay.

Storyboards are an often neglected aspect of aspiring film maker’s pre-production process, but they should always form the basis of your shoot and schedule.  They illustrate the cinematic language of your film, the framing conventions and narrative events. Students often complain that they lack the drawing skills needed to produce storyboards,  but storyboards are less about drawing and more based around communicating the shots needed to cast and crew. Many directors still draw their own storyboards for a shoot, no matter how basic their drawing skills.

Storyboards become even more important when you are shooting scenes out of sequence.  The storyboard enables you to fit it everything together, no matter what order you shoot your locations/scenes in.

Below are some particularly nice examples from Jonathan Lynn’s feature French Film Blurred, developed on our HNC Film & Television course. 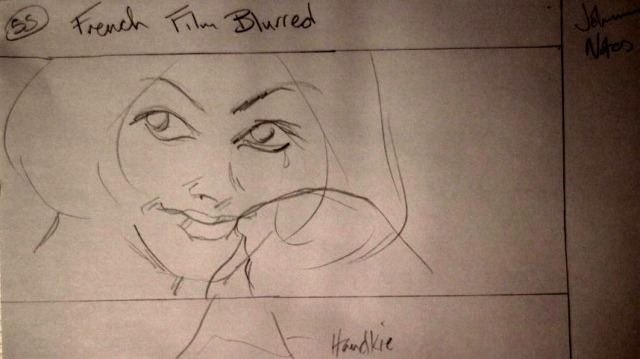